I was recently reading a WWI book called All Quiet on the Western Front and from it I gained a whole new perspective about war. Of course I already knew that it was really horrible, but I was able to understand how the soldiers’ lives were really miserable emotionally and physically. One thing I learned was that the soldiers didn’t have the best food or even enough of it. It was often unhealthy and dirty. The soldiers would be dissatisfied after their meals and it would cause them to be homesick. However, on days that they did get good food, they would be excited and in a more optimistic mood.

This just made me think about the abundance of food that me and most of the people I know have. First of all, we spend so much of our money on food and then on top of that we waste so much food. Most of us fail to realize how much of a blessing food is. According to World Food Programme 842 million people in the world do not have enough to eat. That is an unbelievably huge amount! I just want to remind people that it’s important that we don’t take food for granted. Always be thankful! 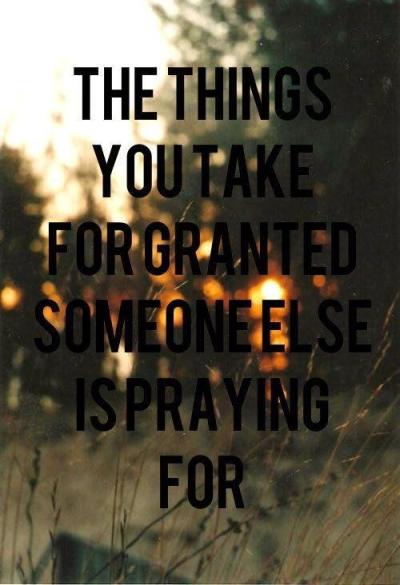